Lourdes Lopez was born in Havana and raised in Miami. After studying dance at the School of American Ballet, she became Principal Dancer at New York City Ballet where she danced for George Balanchine and Jerome Robbins. After her retirement, she joined WNBC-TV as a cultural arts reporter and taught at New York’s Ballet Academy East and at Barnard College. In 2002, she became the executive director of the George Balanchine Foundation and in 2007, she co-founded Morphoses/The Wheeldon Company with Christopher Wheeldon. She also co-founded the Cuban Artists Fund and then, in 2007, she was named artistic director of the Miami City Ballet. In 2014, she joined the board of the Ford Foundation and serves on The Kennedy Center Honors artist committee. 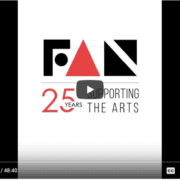